Google’s Phone app comes to more devices, and can now tell you why a business is calling

Home » Google’s Phone app comes to more devices, and can now tell you why a business is calling

Google has officially announced a new “Verified Calls” feature for its phone app, which is designed to give more information when a business is calling you. Compatible calls will show a company’s name, branding, a small badge to show that it’s verified, and a reason for its call.

The feature is coming to the Google Phone app, which typically comes preloaded on Pixel and Android One phones. However, Google says it will now be available to download on a “limited” set of additional phones running Android Pie and higher, including flagship handsets from Samsung and LG. Compatible phones will be able to grab the app from the Google Play Store and then set it as their default phone calling app.

Depending on how businesses use it, the verified calls feature could be enormously helpful, not just to let you know who’s calling (helping avoid spam calls), but also to make it clear when it might be necessary to drop everything to pick up their call. For example, you might want to pull over to take a call from your bank about a possible fraudulent transaction, but decline a marketing call from the same business.

According to Google, the feature also benefits business because people are much more likely to pick up a call that’s verified. Although the company wouldn’t share specific numbers, it said that it’s seen a significant increase in the likelihood of customers answering calls during trials of the feature. (It confirmed a pilot in Brazil back in June.) Google also says it found an increase in consumer trust after releasing its Verified SMS feature last year. It’s important that there are incentives for businesses to use these features since verified calls rely on them proactively supplying information to Google for the feature to work.

According to a Google support page, verified calls work by having a business ping Google’s server with its phone number, your phone number, and the reason for its call before it rings you. The app on your phone then compares the incoming call with the information it receives from Google, and if the two match, then it shows the call as verified. Google’s server then deletes this information “within minutes.” Google tells us that business can use the feature regardless of whether they’re making calls in bulk or individually, and that it has safeguards in place to stop companies from abusing it.

The feature could offer a big improvement over existing Caller ID systems since it verifies that businesses are what they say they are, as well as showing the reason for their call. It should also work regardless of your carrier, according to Google.

Over the past month, there have been hints that Google’s Phone app is coming to more Android devices after Android Police spotted that the beta version of the app could now be installed on more phones, including Samsung and OnePlus devices.

However, Google notes that not every Google Phone feature will be available on every compatible device. Visual voicemail, call recording, and Call Screen, for example, will continue to be exclusive to phones that come with the app preloaded. Google blamed “hardware dependencies” for the exclusivity.

Google says that verified calls are rolling out in the US, Mexico, Brazil, Spain, and India starting today, and it plans to add more countries over time. The Google Phone app will be available to download starting later this week, Google says. 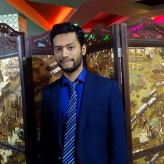 Toshiba laptops are no more, but here are Dynabook’s new notebooks with Intel’s 11th Gen parts