Cyberpunk Films You Can Watch To Stimulate Your Serotonin

Home » Cyberpunk Films You Can Watch To Stimulate Your Serotonin

3.157 nanoseconds of browsing upcoming NFT projects and your online presence is already known by the system running that NFT website. It detected a new IP address, but more importantly, rather than an undercover, it found that the user is new. Genuine. Curious. Hungry. Its visuals and sounds alone emits the Dura Mater Scorching Wavelength upon detection.

Against your will, your thoughts are immediately enveloped with the desire to dive into the NFT trades and community. To splurge your funds into worthless assets which the promises were given but never delivered, and when the inevitable downfall happens, you will be left penniless.

Until you meet that fate, you are trapped in a hellish cycle of NFT trading, and when you are finally let go, reality will only serve to punish you further through poverty, insanity and eventually, death after fusing your own body with scrap metal for sexual grafitication. The “perfect” cyborg. 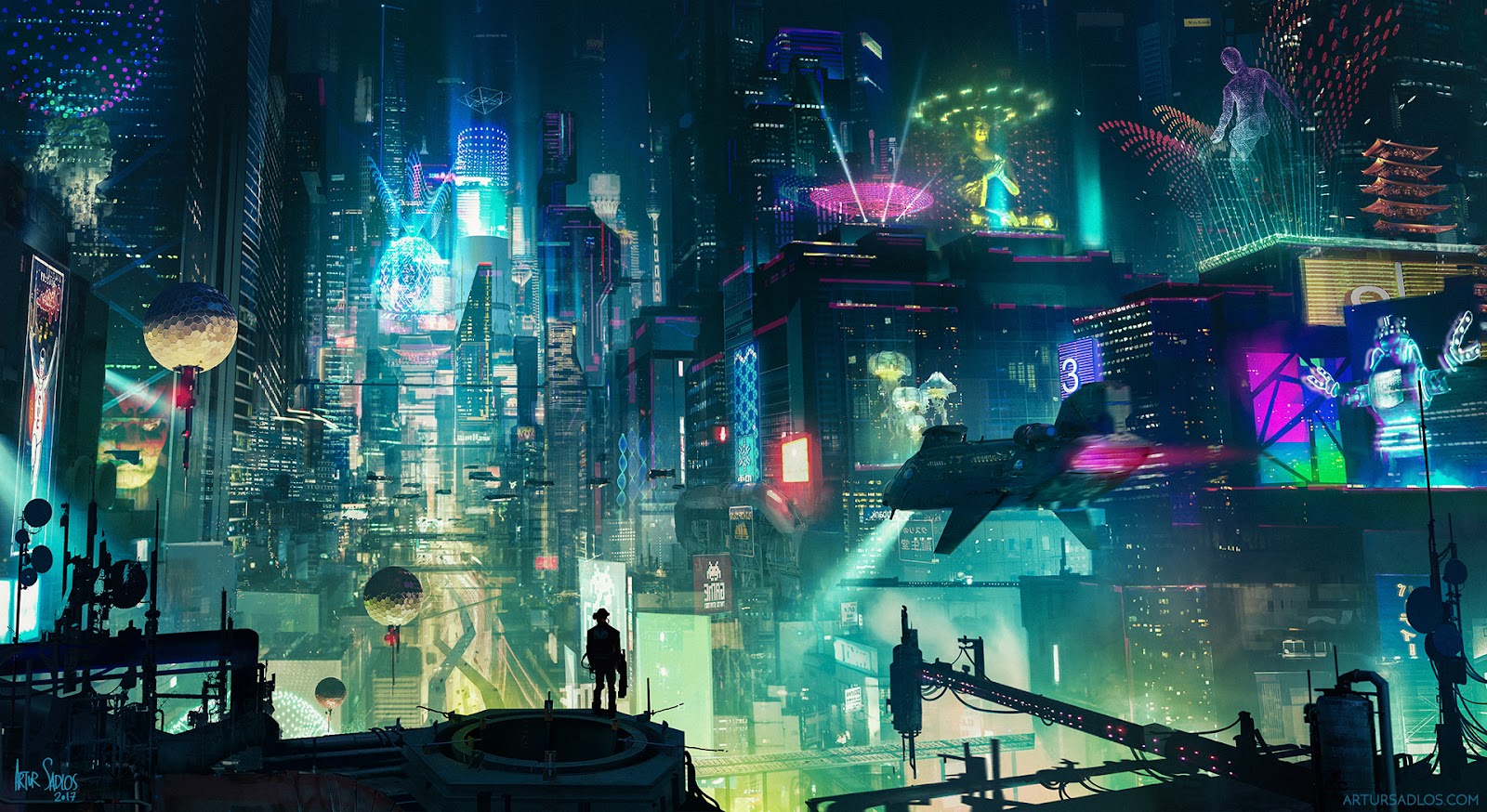 Cyberpunk In A Nutshell

High tech, low life. That is all you need to know.

What? You want more details? Suit yourself, chum.

Cyberpunk is what happens when you crank technological advancement to an all time high, but rather than benefiting humanity for the greater good, you let scum use technology for their own gains because you are interested in seeing a “satirical comedy” of hyper capitalism.

The advancement also affects our identities in a way that we can no longer be sure if we are even human in our current state. This portrayal tends to be bleak or downright insane, as depicted in some Japanese underground cyberpunk films.

In other words, the futuristic gizmos clash with the poor social order of society. In a lot of cyberpunk media, artificial intelligence or megacorporations tend to be the overarching antagonists of the stories. Governments are either absent or otherwise, but weaker than corporations.

If corporations or AIs are not featured, at least the bleak effects of technology upon humankind would be the bad guys, even with the clear presence of antagonist characters.

Early cyberpunk fiction was written as the opposite of science fiction at the time, in a sense that the utopian elements were flipped to dystopian. Besides, if this is your first time dabbling in cyberpunk media, you might confuse the genre with other sci fi works. 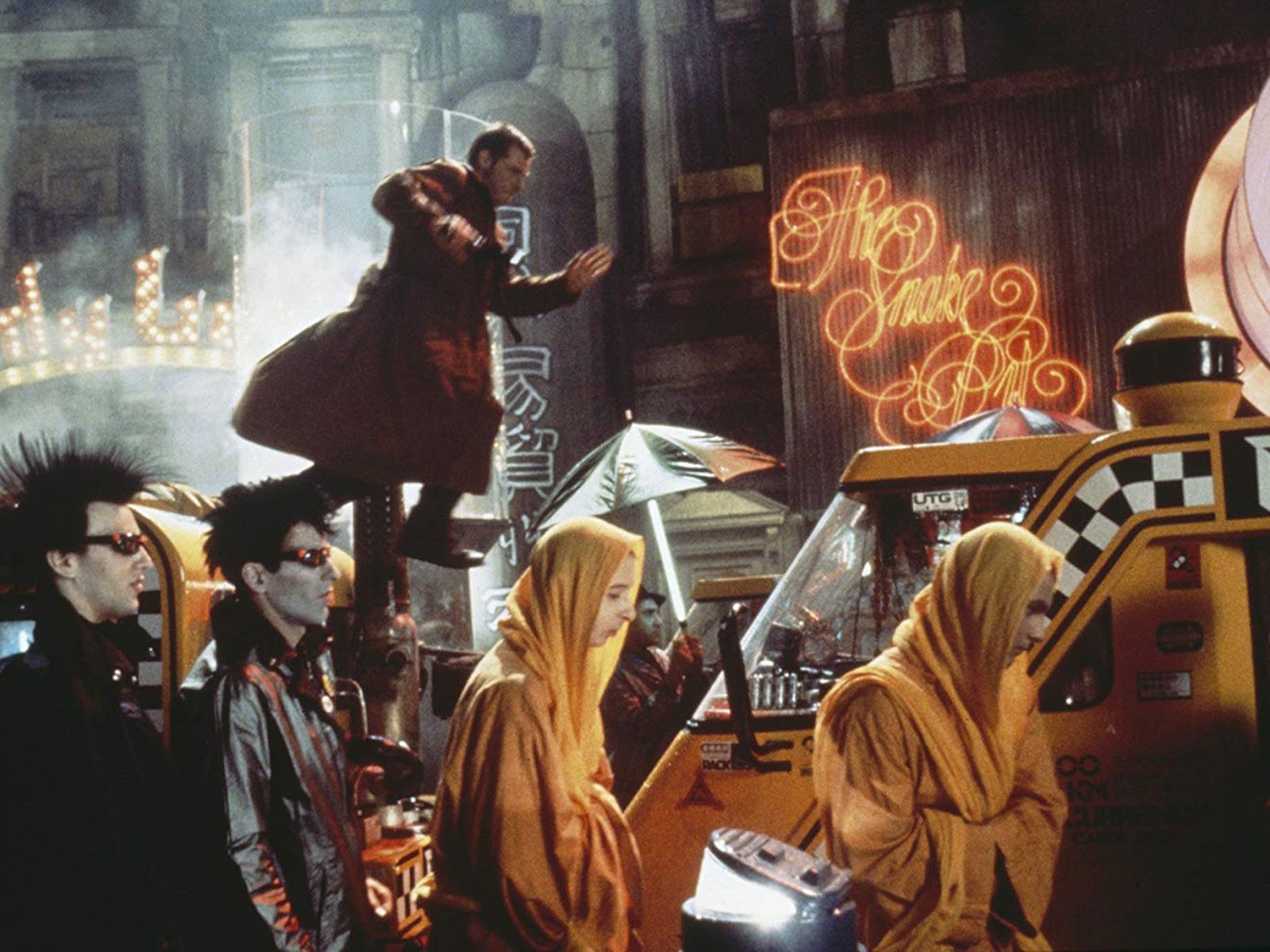 You might ask, don’t some sci-fi works have crappy social order too? What about Star Wars when The Galactic Empire had an iron fist over many humans and non-humans? And wasn’t Darth Vader a cyborg that was living in relative pain despite his badassery in public?

If Darth Vader was the main character in the original trilogy and the movie showed even more of The Galactic Empire and their impacts among society, perhaps it could pave itself from a sci-fi to a cyberpunk opera. Maybe showing the impacts of high technology among the people could also reinforce the transition.

Star Wars, however, isn’t considered cyberpunk because it didn’t emphasize the above mentions, as well as not utilizing cyberpunk tropes too. As an example, a cyberpunk protagonist is usually pond scum that were given little to no choice. He may lose his human identity on the way, and no matter how good or bad his manipulators are, he is still used for their own respective gains.

So far Luke Skywalker hasn’t experienced any of that.

The more you watch, read or play cyberpunk media, the more you can tell which is proper cyberpunk and which isn’t. I may not have the proper words to describe the experience, but I do know that eventually, the difference will become clearer as you are a seasoned cyberpunk enthusiast, even if the aesthetics are mostly just there for looks. 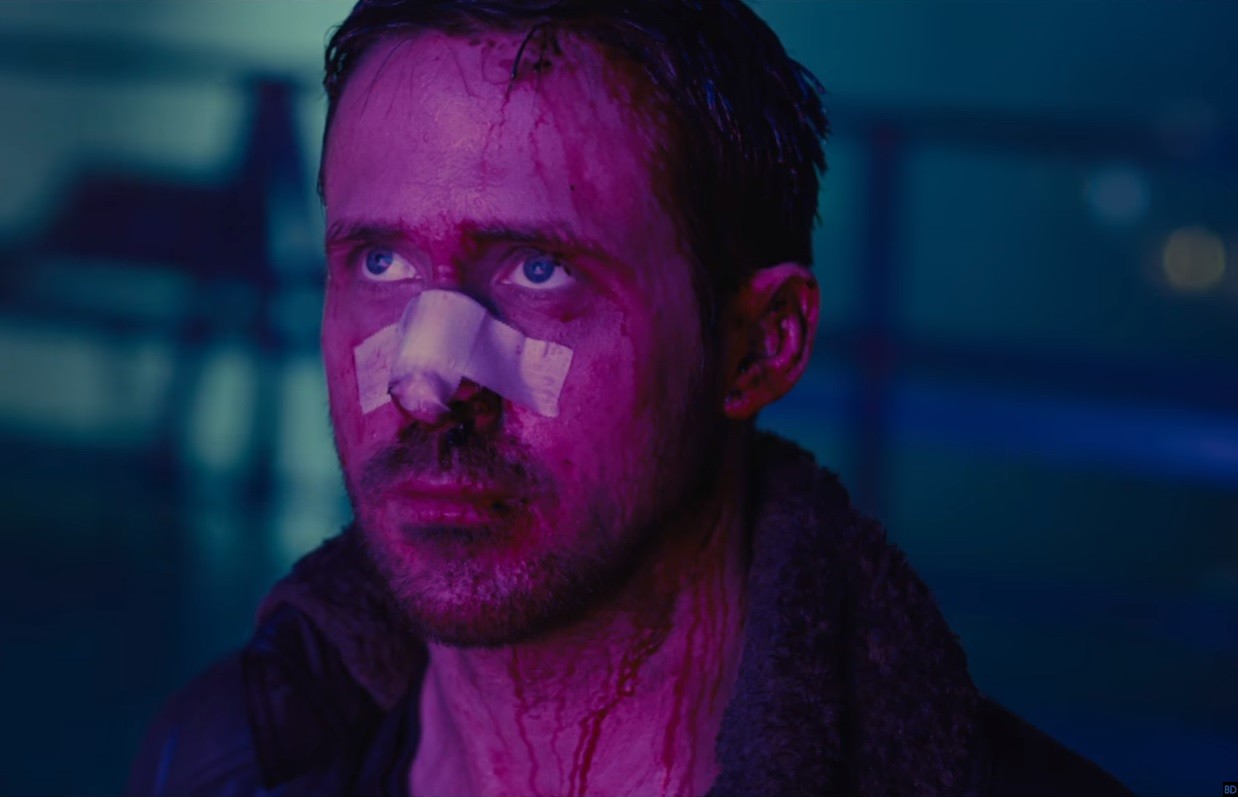 Now the introduction is out of the way, you may be curious enough to dip your toes into the genre, starting with films or series maybe. Where do you start?

There are some which will be covered here, as well as mentioned in passing, which you can check out too. Onwards to starting with two Blade Runner films.

The first Blade Runner, released in 1982, is based on a novel titled “Do Androids Dream Of Electric Sheep?” by Phillip K Dick. It stars Harrison Ford working as the titular profession, whose job is to retire artificial humans called Replicants that went rogue.

Megacorporations aside, the film explores the consequence of biotechnology, especially to Replicants, whom no matter how powerful they are, cannot escape their short lifespan. It also questions their own, supposed humanity, and what it meant to be like us. This is a major theme present in this film and its sequel.

Speaking of the sequel, 2017’s Blade Runner 2049 also features Harrison Ford, but he is a side character and the protagonist role is instead handed over to Ryan Gosling, who plays Agent K. The humanity concern for Replicants is probably more prevalent here as he actively questions it. While the future was depicted in a sort of “triumph” tone in the first film thanks to its visuals and score, 2049’s is clearly miserable, any remnants of that tone were mostly sapped away.

The original Blade Runner pretty much kicked off the cyberpunk genre to the masses. Even writer William Gibson, who defined the genre in his books, was surprised that the first 20 minutes of the film matched his vision of a futuristic but bleak city, beating him to it. At the time, his debut novel, Neuromancer, wasn’t published yet until 1984. He had to rewrite the first two-thirds of the story twelve times, afraid that people would lose their attention to it after Blade Runner’s release. 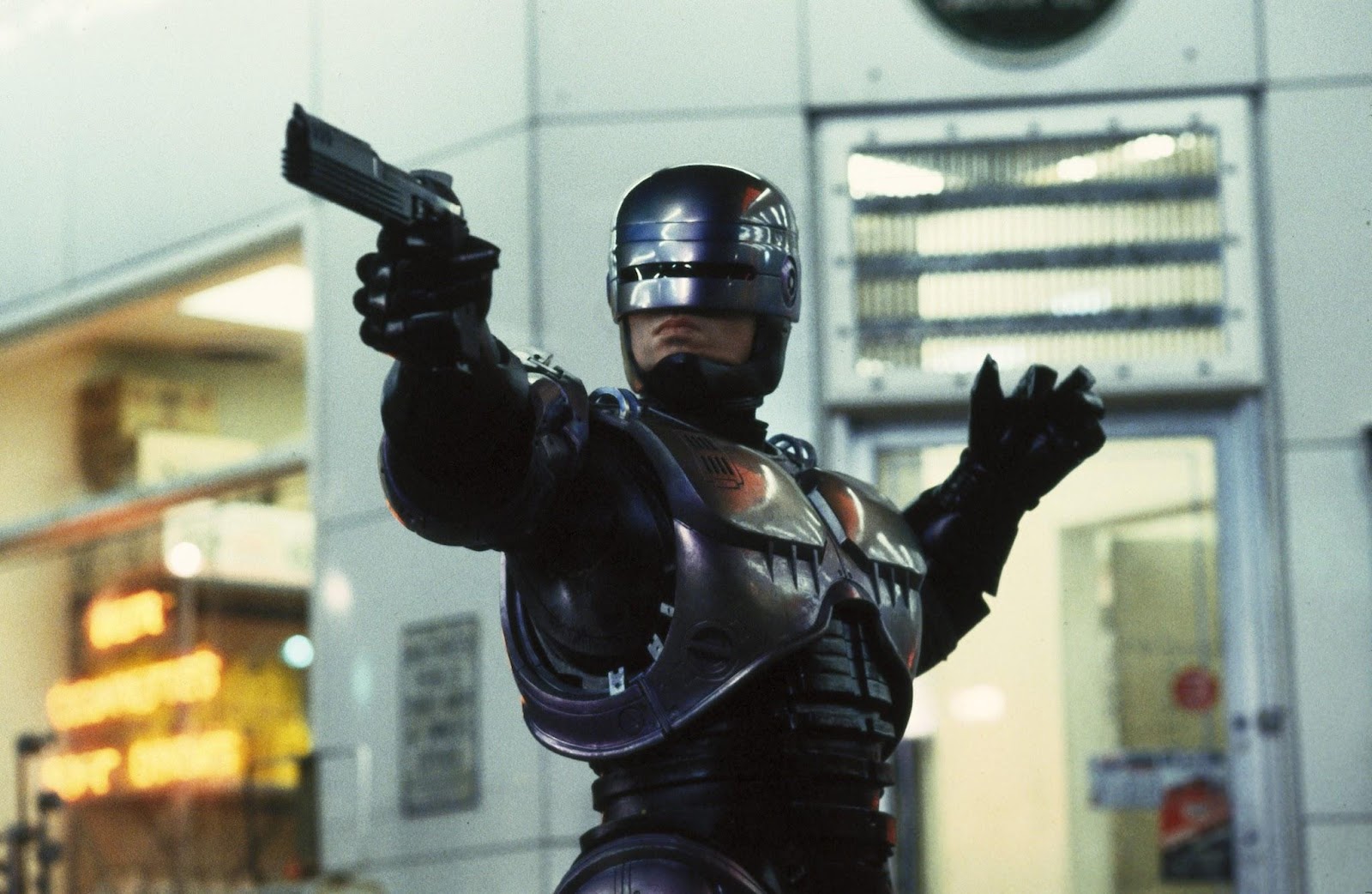 Robocop is a good example of a cyberpunk work that shows neons and holograms don’t always define the genre. Set in the far future of Detroit, yet still looks contemporary in nature, it follows Alex Murphy, a cop shot to death in his first assignment and is fully converted into a cyborg, with the front of his now bald head being his only intact body part.

It may still look like it is in the 80s despite being in the future, but the cyberpunk tropes remain. Technology that negatively affects human identity? Check. A megacorporation that is essentially the law, and thus the de-facto government? Check. Advanced tech juxtaposed with poor social status? Check. A protagonist that is under the whims of a bigger force for their own gains? Check.

The following two may not exactly be tropes, but if anything, Robocop’s satire and its ultraviolence enhance its “cyberpunk-ish” nature too. Detroit can be violent and the value of human lives are sometimes viewed as nothing more than a transaction.

Someone is upping your competition? Bomb him in his own house and take over his assets. You are now richer and more powerful. True CEO mindset.

Wake up, Neo. You are, in reality, a sleeping naked flesh ape emerged in liquid, forever imprisoned in a false reality until you took the red pill. The real world was destroyed and overrun by the very things that humans created in their birth: robots and AIs.

With the other survivors, re-enter the Matrix and fight sentient programs called Agents, who are in charge of keeping the Matrix and its society in check.

That aside, the high tech present in The Matrix, besides the titular world, can be seen in a few examples such as training programs, where combat skills are immediately uploaded into your consciousness and you are automatically good at kung fu, swords and maybe guns. You just have to utilize them properly, train in simulations with other survivors.

The action scenes are what makes the film worth watching to this day too, and since the characters could bend the Matrix’s reality, they let loose with their gimmicks while fighting. If you want to see a young Keanu Reeves kicking ass before he is John Wick, this movie is for you.

Meanwhile, the Matrix is the culprit of a trope called “bullet time”, scenes that play in slow motion so you can see the bullets themselves flying past characters as they break reality and dodge them like it is a limbo party. 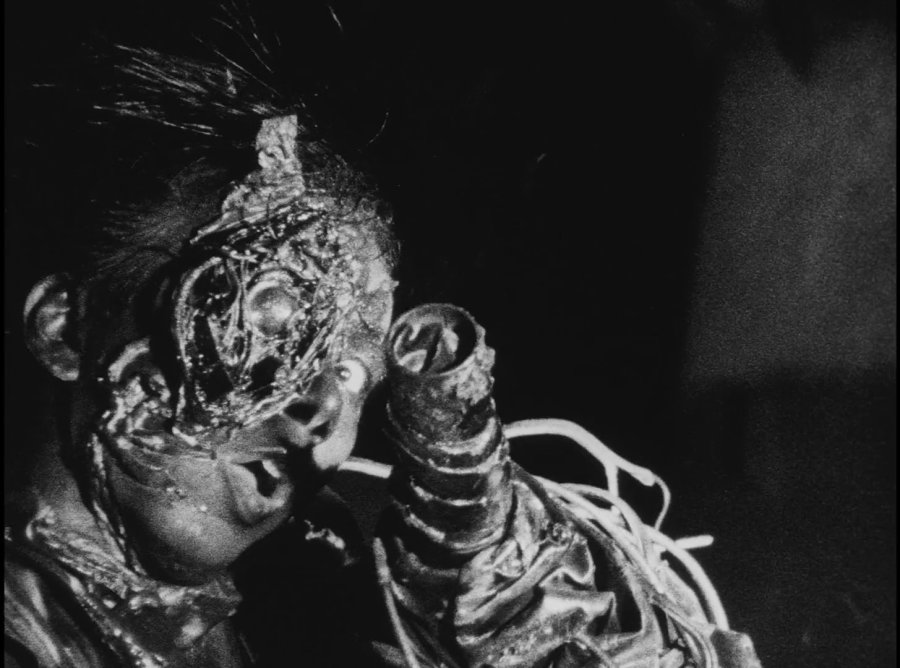 Welcome to a different territory. In the late 80s and the 90s, there were a bunch of underground Japanese live action cyberpunk films. Sure, since the 80s, anime and OVAs joined the cyberpunk train too, the biggest examples being Akira (1988) and Ghost In The Shell (1995). But if you waddle into this particular film genre expecting them to follow Western and anime cyberpunk, you stepped in a landmine.

Although they followed some tropes like the compromised human identity from “high tech”, the films are more experimental. A lot of them bear industrial and metallic imagery and the narrative tends to be incomprehensible. You might as well not take them seriously at all as they can be ridiculous.

Also called extreme Japanese cyberpunk, the origins of the genre can be traced back to a bunch of Japanese 80s punk films before the genre was primarily defined by Tetsuo The Iron Man. What do I mean by extreme? Perhaps it is due to the gratuitous amount of violence and sex in them.

After all, when you are independently making a film without studio supervision at all, you can go bonkers as much as you want. Who cares what others think? It is your film. Your magnum opus.

Tetsuo The Iron Man centers around a salaryman that accidentally crashed a metal fetishist who shoved an iron rod into his own leg only to scream at the sight of maggots later and run in the streets. Both the salaryman and his girlfriend dumped the fetishist and left him injured.

As revenge, the salaryman was cursed to be Iron Man. Not the Tony Stark type, mind you. But worse, or in my case, even better. Through the film, junks of metal grow out of his entire body until he barely resembles a human, save for his face, but a walking metal monster.

The movie will assault your senses in its own ways. The jarring stop motion scenes may throw you off balance in the first viewing, and although it shows how low the budget was, it is also a very effective special effect. Advanced yet primitive. You might think that they shouldn’t work, yet it still kicks you in the brain for that insult. 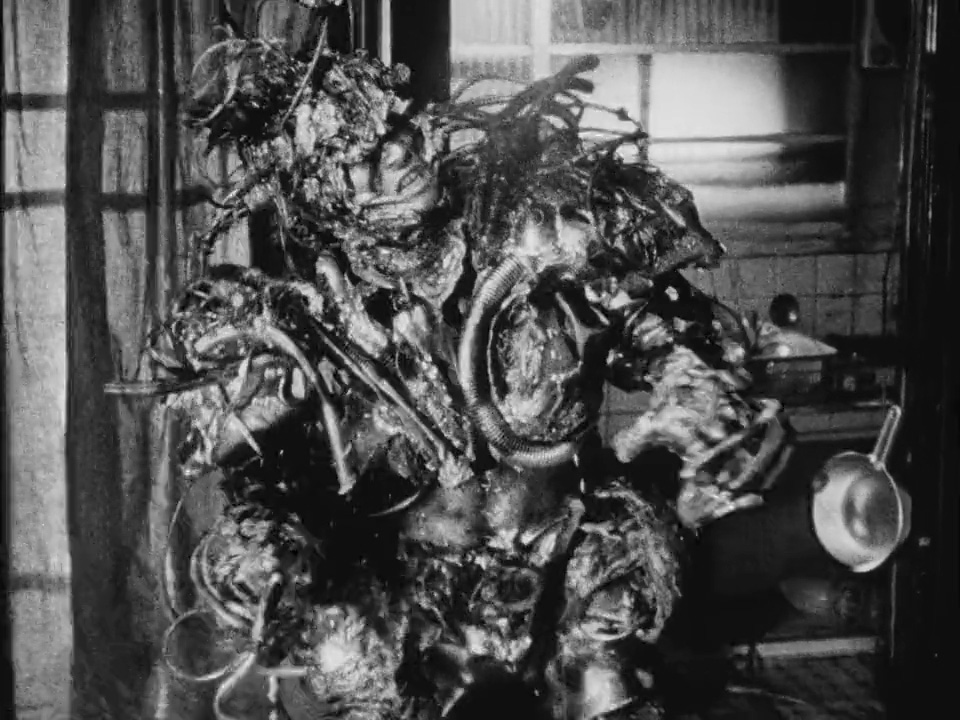 A lot of the sound designs and soundtrack will also provide you vivid sensations of metal scraping and banging with each other, the themes just as consistent as the metallic visuals of Tetsuo. If you feel a similar, grating headache you had when you heard chalk scraping across a chalkboard, this is normal.
There are two sequels of Tetsuo, both with higher budgets. But I never really watched them as I still prefer the lo-fi, bizarre cyberpunk aesthetic of the original, which to me, is what Tetsuo will always be. The future is metal, and chrome-filled love will bring destruction to this current world. Embrace the iron.

Three Fictional AIs That You Will Never Want In Reality

If Handled Properly, Technology Can Be Your Friend!